Pipeline Protection (NE) Ltd has used eighteen SeaShield jackets in an unusual application as part of the protection of the Jurby outfall pipe in the Isle of Man. This outfall discharges foul effluent from Manx Utilities’ nearby treated wastewater plant.

The forty-metre beach length of the pipe was originally protected against corrosion with a factory-applied polyethylene coating some five years previously. In order to resist the erosion of the coating and the pipe by a combination of wind-borne and water-borne sand and gravel particles in this extremely aggressive environment, a fibre cement mortar was applied.

In July 2016, an inspection by Pipeline Protection (NE) revealed that the fibre cement had been eroded in most areas and particularly in the intertidal zone. It was here that the SeaShield 100™ jackets were then applied. Their structure consists of HD polyethylene sheeting, and they also have excellent resistance to UV radiation.

In early October a further inspection indicated that erosion of the outfall had been checked. A senior engineer at Pipeline Protection said: “The SeaShield jackets still looked very good.”

The jackets are normally used as part of Winn & Coales’ SeaShield 100 System which was specifically developed for corrosion prevention in splash and intertidal zones, including for exposed pipes.

In this main use the system consists of Denso Paste S105™, Denso Marine Piling Tape™, SeaShield™ jackets and fastening bands for fixing. This seals the substrate against oxygen and water, preventing corrosion. 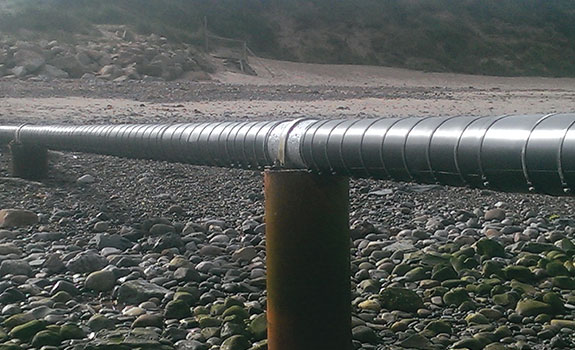 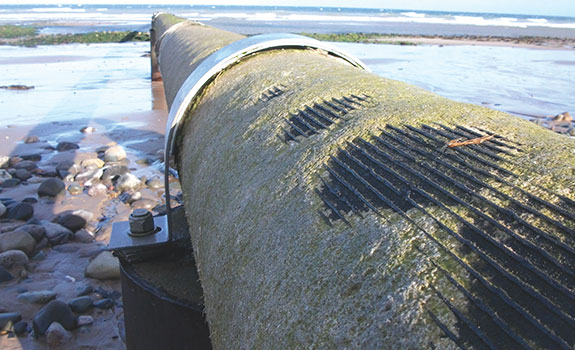