APA Group’s Victorian Northern Interconnect Expansion (VNIE) Pipeline Project comprised of three stages, which have been constructed over the last 3.5 years. The VNIE pipeline loopings fall within both states of Victoria and New South Wales (NSW) and is made up of 16” and 18” 2LFBE coated mainline steel pipe. Stages one and two of the pipeline loopings were constructed by McConnell Dowell and Nacap Australia, which consisted of loops 1 to 5 and were completed between 2014 and mid-2015.

The pipeline loopings of a section of the existing Victorian Transmission System and Northern Interconnect System will provide natural gas security of supply on the East Coast of Australia. The final stage, being loops 6 to 9 of the VNIE pipeline project was awarded to Spiecapag Lucas JV (SCL) in late 2015, where construction was carried out nearby the country townships of Seymour, Wangaratta and Chiltern in Victoria, Cootamundra and Young in NSW. Loops 6 to 9 saw more than 162 km of pipe delivered between Seymour and Young at strategically placed holding yards some 500km apart.

The selection of Denso as the supplier of choice is a testament to the confidence that both Spiecapag, Lucas and Denso Australia have developed over the course of the previous projects and the suitability of Protal 7200 as a user friendly, high performance, high build epoxy coating system.

The project itself was carried out over a 15 month period through some extremely challenging construction conditions due to unseasonal record setting rain events across Northern Victoria and Southern New South Wales.

These comprised of plural pumps and generators for spray application of the Protal 7200. Manual kits of 1.5 litres were supplied for tie-ins and 400ml repair cartridges for any repairs.

The project in total saw more than 25,000 litres of Protal 7200 consumed during the construction period. This project, along with APA Group’s Eastern Goldfields Pipeline, Jemena’s Queensland Gas Pipeline (QGP) Looping project and the QCLNG Northern Trunklines project has spanned some 550km throughout Australia. It has seen SCL apply nearly 60,000 litres of Protal 7200 during a 36 month period. 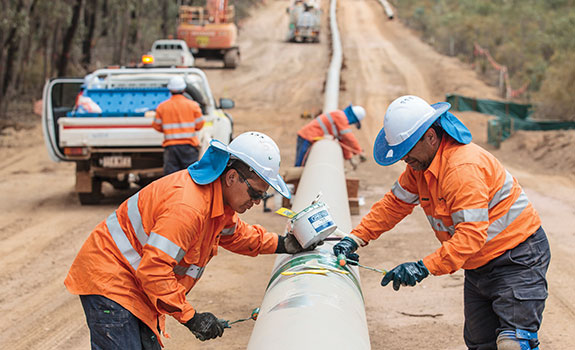 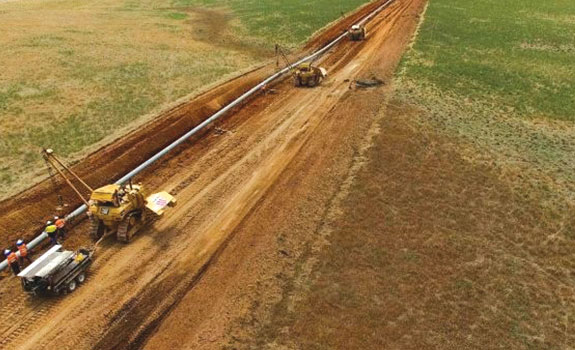 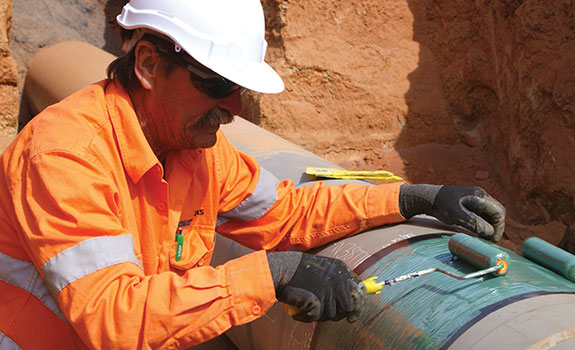